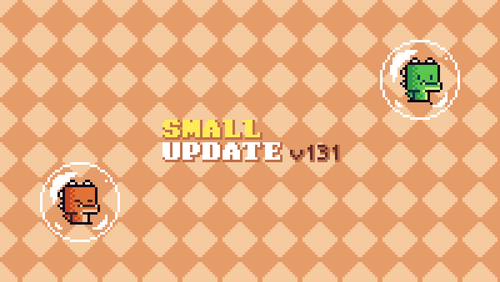 Happy New Year everyone!
I wish you all the best for this new year. ✨

It has been months that I did not release an update for the game so I thought it was finally time for me to do so, and what a better time than right now to start this new year correctly?

Well, this update doesn't contain any additional content as I have been fixing issues reported by players on our Discord server for the past months and added some small enhancements on existing features here and there.

The gaming experience should feel better, and especially for you playing in local multiplayer or online via the Steam Remote Play Together feature. Lots of bug fixes are mostly related to issues found while more than 2 players are playing together.

Thanks a lot for playing Baby Dino and your help!

I'll now continue working on this World 3 content update.
So far 5 levels of 10 are already done.

Below you can find a complete list of all changes included in this patch note: